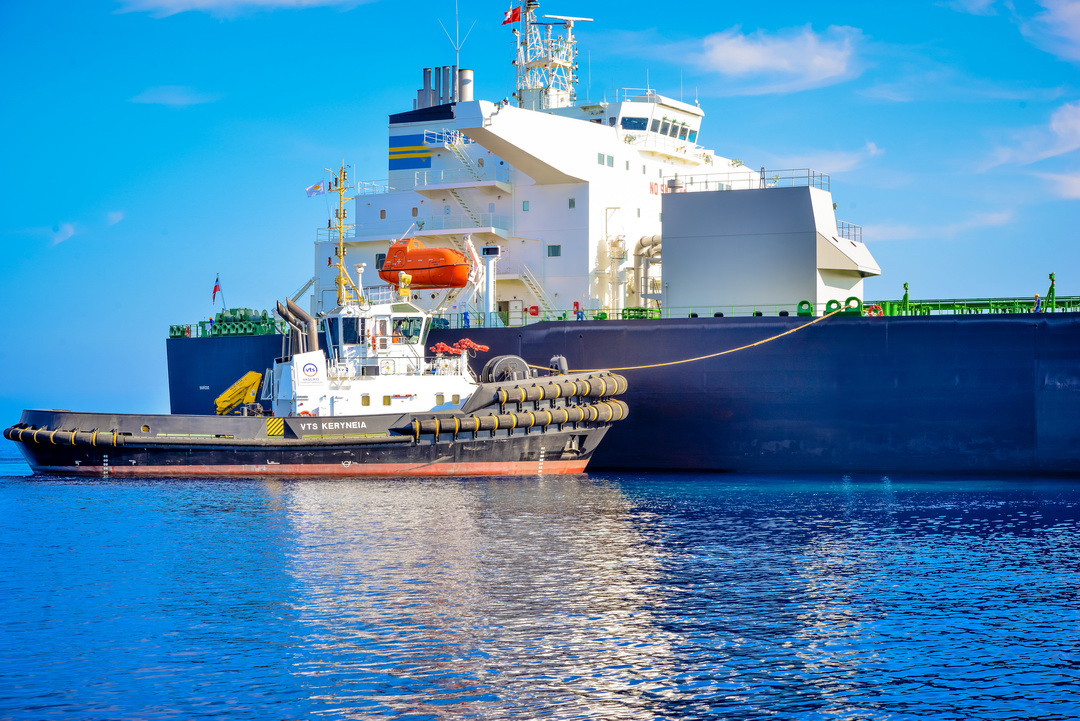 On Saturday 29 November the first Tanker berthed at the VTTV Jetty, delivering Gasoil to the Terminal. As part of the operation, VTS provided towage, mooring, berthing and un-berthing services through its two new, ASD tugboats, VTS KERYNEIA and VTS AMMOCHOSTOS. Another milestone was completed on Wednesday 17 December, when four vessels berthed at the jetty for the first time.

The tugboats are unique both to Cyprus and the Region, and represent a significant investment of ca. 15 million Euro. Both operate under Cyprus’ flag, and are manned by Cypriot and Greek crew and officers. Lavishing praise on VTS for their performance, the first operation was observed by experienced Tug Masters and Tugboat Operators who flew in from the Netherlands specifically for this operation.

“VTS has invested heavily in equipment infrastructure in order to perform marine services to the highest international standards, adhering to very strict health and safety procedures, and we are delighted to see this first operation come to a successful conclusion. As a Cyprus-based and owned company we take pride in being able to set an industry standard within our own country, and hope to contribute to the growth and development of the energy and other sectors, as well as to the rejuvenation of the Cypriot economy”, stated Reginos Tsanos, CEO of VTS.

The company – which employs 30 Cypriot professionals – prides itself on the fact that its crew, officers and masters have undergone repeated training abroad with leading organisations in various fields including those of health and safety, and the operation of tugboats.

PREVIOUS NEXT
We use cookies on our website to give you the most relevant experience by remembering your preferences and repeat visits. By clicking “Accept All”, you consent to the use of ALL the cookies. However, you may visit "Cookie Settings" to provide a controlled consent.
Cookie SettingsAccept AllReject AllRead More
Manage consent